﻿
Send us an email

In 2007, Migration Solutions client Richard Swart arrived in Australia from his native country of South Africa along with his wife, son and mother-in-law, after being sponsored for a 457 visa for his skill and experience as a boilermaker.

With over 40 years’ experience in the field and an acute shortage of boilermakers existing in South Australia, Mr Swart’s expertise was considered to be a significant asset to his employer. Before long, Mr Swart was elevated to a supervisory role within the factory, and given other extra responsibilities, such as training local apprentices.

Pleased with his job performance, in 2009 Mr Swart’s employer decided to sponsor him for a second 457 visa in order to prolong his stay in Australia. However, changes to the requirements since his initial visa had seen the minimum English-language requirement raised to a level Mr Swart struggled to achieve, a result of him having left secondary school in South Africa at a young age to pursue his trade occupation, and experiencing partial deafness due to his many years working in the trade.

Mr Swart’s difficulties in meeting the English-language requirements left him facing the prospect of having to return home to South Africa – where he had no family, house or employment – despite possessing skills and experience that were sorely in demand here in Australia. Furthermore, Mr Swart’s mother-in-law had recently been diagnosed with lung cancer, which combined with her elderly age (80 years), would make moving back to South Africa all the more difficult.

Consequently, Mr Swart approached Migration Solutions in order to lodge an appeal to the Migration Review Tribunal requesting an exemption of the English-language requirement. Despite initially being rejected, Mr Swart and Migration Solutions were determined not to give up, and followed up by lodging a request for Ministerial Intervention in September 2012.

Focussing on Mr Swart’s experience and demand for his skills in Australia, the strength of Migration Solutions’ submission was rewarded in September 2014 when the request for permanent residency was met with approval by the Minister.

After five long years of uncertainty and heartache, Mr Swart was understandably delighted with the result, enough so that it had him and the rest of the Migration Solutions team jumping for joy when he came in to receive his visa!

“I was ecstatic when I heard the news that my visa had been granted, it had been such a long time coming,” Mr Swart said.

“The entire team at Migration Solutions were fantastic, always keeping me updated on what was happening and never giving up on my case.

“I’m thrilled with the result and would like to thank Mark and everyone else who was involved.”

Thank you Migration Solutions for your incredible service! I have applied for a partner visa last March 2015 and we had informative advices from Vanessa.
Sophia Bengco (Partner Visa, Facebook Review)
Migration solutions are very knowledgeable and excellent staff. They advised me in such a way I got my success within a limited time frame.
Gurjeet Kaur (Student Visa to RSMS Visa)
Migration Solutions reviews
Rated 5 out of 5 stars based on 14 reviews 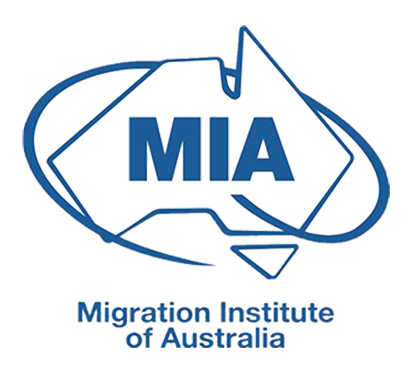