GTE requirements hurting both international students and the economy

There’s no two ways about it; Ministerial Direction 53 – the Genuine Temporary Entrant (GTE) requirement – is costing the Australia’s national economy, and the education sector in particular, huge dollars.

Peaking at just under $17 billion in 2009, and falling to $14.5 billion in 2012, Australia’s international education sector has been in significant decline over the past few years, an industry that was once our second-highest source of foreign income.

According to a study published by Deloitte Access Economics, the downturn has been caused by a multitude of factors over the past few years, including the Global Financial Crisis, rising Australian dollar and reputational damage caused by acts of violence against Indian students in Melbourne back in 2011.

However, also among the key factors identified as being responsible for the shrinkage of the market has been the introduction of stricter policies surrounding student visa requirements, such as the Genuine Temporary Entrant requirement.

Introduced on November 5 2011, the GTE requirement was designed to eliminate the purported sea of non-genuine students that were seen by the Department to be abusing the Student visa program by applying solely for the purpose of gaining permanent residency in Australia.

The requirement gives the Department the ability to refuse an application based upon the perceived strength of an applicant’s motivation to return home following the completion of their studies. The decision is based upon an assessment of an applicant’s personal circumstances, immigration history, and employment prospects back home, and for offshore applicants, does not allow for a refused application to be appealed.

Managing Director of Migration Solutions, Mark Glazbrook, says that the added eligibility criteria – combined with the introduction of the expression of interest (EOI) guidelines for the general skilled migration program-  have significantly changed the ability for migrants to apply for permanent residency in Australia. He says there should now be a case for the Government to relax the requirements at the other end, and take advantage of the significant economic contribution that international students have to offer.

‘I do not believe that there is anything wrong with an international student wanting to seek permanent residency in Australia,’ he says.

‘International students, live, study, work and spend money in our economy supporting local jobs, they also open up export and investment opportunities into our state.’

‘International student already contribute so much to our local economy and where an international student possess the relevant skills, qualifications and work experience that benefit our local labour market, then genuine students should be provided an opportunity to remain in Australia.  This is even more so the case where South Australian businesses cannot find skilled employees locally.’

Mr Glazbrook also says Ministerial Direction 53 is a classic example of the baby being thrown out with the bathwater, and that being granted a student visa in order to temporarily live and study in Australia, and attaining permanent residency or futher work rights are two completely separate matters.

He points out that under the new system, where it is only possible for genuine skilled migrants to obtain permanent residency, the process in itself will serve as sufficient means to dissuade non-genuine students from applying to study in the first place.

‘I have always found claims that international students are rorting or abusing the Australian migration program as perculiar.  Whilst I know that this does occur, this is only occurring in a very small percentage of applications, regrettably this is not only limited to students.’

‘Since the introduction of Ministerial Direction 53 I have regrettably seen numerous situations where genuine students and student dependents are being refused an Australian student visa due to their previous immigration history or based on the assessment of a case officer.’

‘Recently someone applying for a student visa to study a Bachelor of IT was refused as he did not know where he would work when he completed his study or his potential earnings. I do not think many Australia students could confidently answer those questions.’

Mark Glazbrook is the Managing Director of Migration Solutions and has over 18 years of experience in the migration profession including 13 years as a registered migration agent.  Mark is also a former State President and national board member of the Migration Institute of Australia.

I have applied for a subsequent Student Visa and Immigration is requiring me to show evidence of meeting the GTE criteria.

Now, I am contemplating the possibility of getting a 189 “Skilled Independent” Visa in the future (I am eligible and on the process of clearing out the English requirements).

Unfortunately, I made the mistake of submitting an EOI for that subcategory and also ticked 190, 489, 186 and 187. After this, they’re sure I want to stay.

I wish they would just give me the student Visa with a no-further-stay condition at least and that’d be it.

I am an aspiring student who wishes to pursue mphil. Coincidently , I got married recently to a Permanent resident of Australia.
I want to join in australia where I could pursue my career n live with him. Partner visa takes a long time to process and student visa has GTE clause.
Not sure what to do next. What would you suggest for my case

Simply love these people..and highly recommend to others. Very knowledgeable, positive attitudes and on the top of all they know how to make things work for you..yes a bit expensive but at the end it worth because you are having real professionals with you.
Afshan Khan (Facebook Review)
Thank you Migration Solutions for your incredible service! I have applied for a partner visa last March 2015 and we had informative advices from Vanessa.
Sophia Bengco (Partner Visa, Facebook Review)
Migration Solutions reviews
Rated 5 out of 5 stars based on 14 reviews 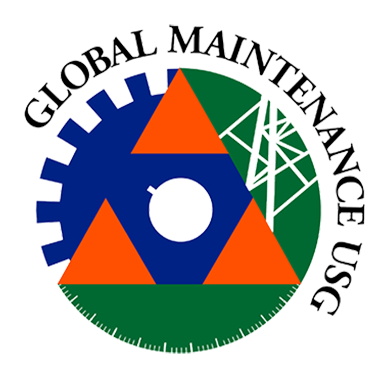